Susan’s journey to Avail started in May of 2022. For over a year, she and her husband Paul had been planning to relocate to Tennessee to be closer to all their children. When Paul’s cancer returned in early 2022, their plan was delayed and as time progressed, their plan changed. The move to Tennessee was on, but now that move was going to be to assisted living instead of a new house. Saying goodbye to Paul the day he was to be picked up by medical transport to travel to Tennessee and into hospice care at Avail was the most difficult thing Susan and her family have experienced.

Susan’s story starts on a farm just outside Joliet, Illinois. She grew up doing farm chores, looking after a dog and horse and learning to bake with her Mom. After high school graduation, she studied at Joliet Junior College and then graduated from Illinois State University with a degree in Education. She taught various levels of elementary school and at one point was a children’s librarian. She loved being a teacher and found creative ways to keep the kids interested – such as combining the Iditarod with math lessons and gardening and environmental issues with science lessons. Her classes loved her field trips to a local wolf rescue farm. Susan encouraged her students to be creative, compassionate and polite.

Outside of teaching, Susan’s passions include sewing, baking and gardening. While her children were growing up, she sewed many of their Halloween costumes. Next time you see Megan, ask her about being a pink bunny or ask Jason about being a gypsy! Her kids can list off quite a few favorite recipes such as Irish soda bread, Greek Easter bread, zucchini bread, and no Christmas holiday is complete without pecan rolls. And oh the Christmas cookies!! As for gardening, you’ll find her children might not have appreciated the gardens she planted when they were younger because of the time they spent weeding when they would have rather been playing. 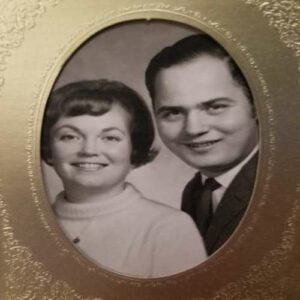 During her time at Illinois State University, one of her friends introduced her to a new pen pal, Paul Tanty. Paul was serving in the Army in Vietnam and they exchanged many letters during his tour. When Paul returned home in 1967, the two finally met in person. They were married on October 07, 1967. They celebrated their 50th wedding anniversary in 2017 in Sevierville at the wedding of their daughter Cynthia to Taylor. They were looking forward to celebrating their 55th wedding anniversary in October, 2022.

It’s impossible to tell Susan’s story without telling you something about Paul. Paul grew up in Chicago, Illinois with his younger brother and mother. After Vietnam and marrying Susan, he studied engineering and earned his associate’s degree. He was an engineer for Caterpillar for 20 years and then moved on to two other companies to work in hydraulic design engineering until his retirement. Paul had been looking forward to retirement for years. He and Susan took a number of exciting vacations and enjoyed spending time with their family. Paul thrived in his workshop turning out all sorts of amazing creations ranging from outdoor benches, Adirondack chairs, working gears made of wood and any number of crazy Pinterest ideas his daughters sent to him. Susan and her family will celebrate Paul over Labor Day weekend at one of his favorite places – Navy Pier in Chicago. 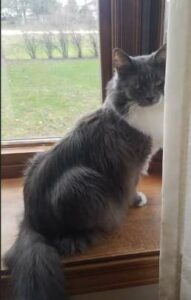 You may have heard there is a cat at Avail. Susan is grateful that Dido is on this new journey with her. Dido, named after a Carthaginian queen, is a rescue kitty who was gifted to Susan and Paul one year for Christmas. Dido was the loudest occupant of the car during the 10 hour ride to Tennessee in May. Dido is about 5 years old and she’s still trying to adjust to her new life without Paul, whom she adored. She enjoys bird-watching and staring down chattering squirrels who tease her because she can’t go outside.

Susan is enjoying being closer to her family. You may have seen some of them around Avail. Susan’s daughter and son-in-law, Cynthia and Taylor, live just down the road in Charleston, Tennessee. Her son and daughter-in-law and grandson, Jason, Jody and Jake, live in Christiana, Tennessee. Her daughter and son-in-law and grandchildren, Megan, John, Lily and Elijah, live in Cadiz, Kentucky. They are grateful she is closer so they can spend more time with her. As they move forward with Paul in their hearts, Susan and her family are excited to see where this new journey takes them. 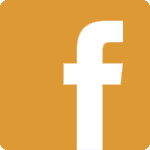